Willemstad – In connection with World Alzheimer's Day on 21 September, a free seminar on Alzheimer's was held at World Trade Center Curaçao. Scientific information and practical tips for reducing the prevalence of dementia were provided to the visitors. The audience also received personal stories from informal caregivers.

This seminar was organized by Stichting WGK, Stichting Birgen di Rosario Foundation and Stichting Alzheimer Curaçao, which signed a cooperation agreement at the end of the evening to promote the awareness and prevention of dementia. Haydée Clementina, president of Stichting Alzheimer Curaçao, presented two copies of the World Alzheimer Report 2018 to Minister Hensley Koeiman (SOAW), so that he give one copy to Minister Suzy Camelia-Römer (GMN), who could not be present due to other obligations. This report is published by Alzheimer's Disease International and contains results on various studies that have been conducted. In the report, a request is made to the government to invest more money in scientific research on dementia. 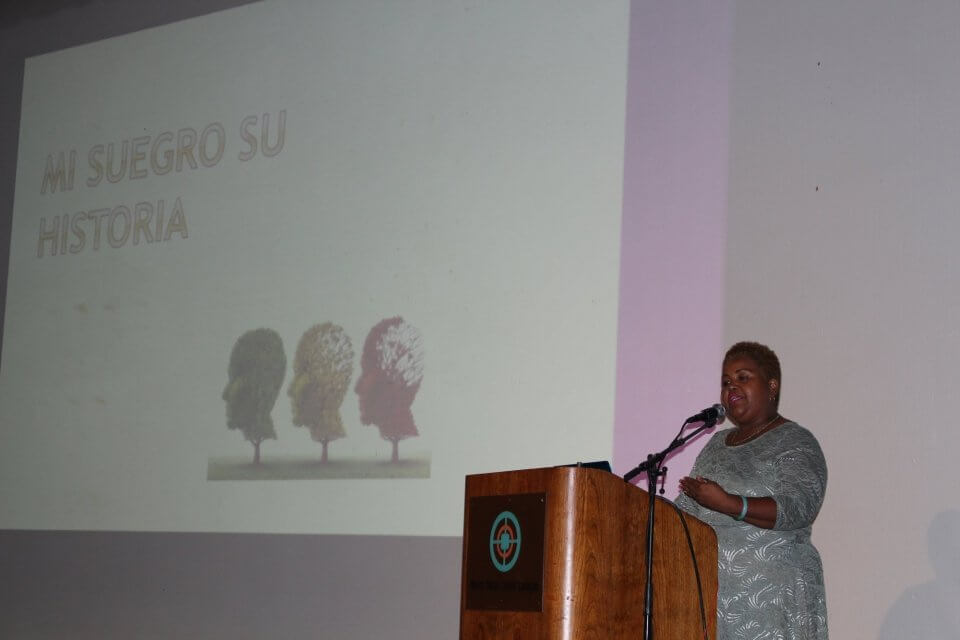 The general theme of the seminar was "every three seconds", to pay attention to the fact that worldwide every three seconds a person is diagnosed with dementia. During the seminar several speakers shared knowledge and experiences. Haydée Clementina of Stichting Alzheimer Curaçao gave practical tips to prevent dementia. Drs. Rachidah Griffith, who works as an internist and endocrinologist at the St. Elisabeth Hospital (SEHOS), provided scientific information about the relationship between diabetes and Alzheimer's. During the break, visitors could obtain more information about the three foundations and Music Therapy Center Curaçao, while enjoying music provided by Music Therapy Center Curaçao in collaboration with Capriles Kliniek and SEHOS.

Emotions empathy and overwhelmed feelings arised in the audience when Carin Mercera Clement and Jadira Bislick told their personal stories about dementia. Both ladies are informal caregivers of relatives with dementia. The frustration for the person with dementia and his / her family, the search for information and guidance and the unconditional love for the demented family member are a few topics that were discussed. Carin Mercera Clement also shared her own story as a person recently diagnosed with dementia and with other health complications. The initiator of Music Therapy Center Curaçao, Marjon Halmeyer-Roos concluded the seminar with an explanation of the positive effects of music therapy for people suffering from dementia.