Home care is for everyone: young and old, families with or without children, the elderly and all caregivers

On October 15, 1941 at 5 p.m., the official opening of the Roman Catholic Association for Community Hygiene for Curaçao: Wit Gele Kruis, takes place in the St. Thomas College. The organization was led by Lieutenant van de Laarschot (founder and chairman) and the board consisting of Frater Benedicto (secretary), Brother Grootens and Sir Cardoze (board member). A week after the establishment, Dr. Engels was involved in the association as a medical advisor and vice president. Under the wings of this Catholic association, several foundations are established in a sub-area of care in Curaçao and on the other islands. These sub-areas are: mother and child care, community care, elderly care, care for the disabled and dental care.

In January 1942, the establishment of the first three consultation centers in Barber, Sta. Rosa and Groot Kwartier takes place. Since the founding of the consultation centers, initially under the name Stiching Wit Gele Kruis and since 1954 under the name Wit Gele Kruis “Mama di Bon Conseho”, Dr. Engels has made an active contribution to the mother and child care for decades on the administrative and executive levels. On March 9, 1943 the foundation "Prinses Margriet" is established.

In 1953, in the second lustrum, the tide of the lean years turns. For the first time in its existence, the annual report bears witness to an honorable mention and a word of appreciation to the nurse corps. In the third lustrum, in the year 1958, the district nursing provides care for seven neighborhoods, which results in a permanent staff of ten sisters for the nurse corps.

In 1968, in the fifth lustrum, the foundation asked Zr. Schreurs of the National Cross Association to conduct an investigation about district nursing. The result of this research was the commitment of Development Aid to start in 1972 with a Social Health Care educational program for nurses.

During the eighth lustrum in 1983, it was observed that "district nursing had become one of the most important parts of the Social Health Care on the Island Territory of Curaçao". The emphasis in community work now lies mainly in reactivation and increasing the self-care of patients. The family and informal caregivers are increasingly involved in the provision of care, so that part can be taken of in a responsible manner.

In 1985, the transport of patients to and from various healthcare institutions is started. On average 25 to 30 patients are transported per day. In 1989, in cooperation with NASKHO and GGD, the conference 'Policy and Quality of Health Care' is organized in connection with the celebration of the ninth lustrum. Professor Dr. van Maenen was keynote speaker and he is the first nurse in the Netherlands to obtain this academic title in nursing science.

In 1992 the transfer of activities of the sister company “Mama di Bon Conseho” takes place. These activities are financed through grants. The total number of newborns increased from 1.100 new clients to a total of 1.500 newborns. At that time the foundation had about 500 newborns in their care.

In June 1995 an information center in Santa Maria opened. The aim is to provide information and health education to the population and staff. In 1996 the island territory initiated the integration of the three district nursing institutions: Wit Gele Kruis voor Thuiszorg “Prinses Margriet”, Neutrale Wijkverpleging and Thuiszorg Banda Bou. To date, it has not been possible to integrate the various district nursing institutions to one home care organization.

In 1997 the activities of another sister foundation “Kuido pa Famia” are included in the activities of Wit Gele Kruis voor Thuiszorg “Prinses Margriet”. On April 3, 1998 the Foundation Federation of Healthcare Organizations is established and our foundation is a member of this federation. The aim of the federation is to promote the common interests of the healthcare institutions in Curaçao and to provide support to these healthcare institutions if required. At the realization of the eleventh lustrum year in 1998, the name change of the foundation takes place and from that year onwards the following name is used: Stichting Wit Gele Kruis voor Thuiszorg “Prinses Margriet”.

On 20 March 2001, the “Fuik” building is reopened by Mrs. Coffie, deputy of Public Health and Social Affairs. The aim of the project was to function as a consultation center as a primary task and to stimulate community self-care by promoting the joint involvement and responsibility for one's own health. In July 2001, the Care Central was realized by the joint home care organizations. All requests for care are submitted via the Care Central and are then processed. The joint transmural care is realized in November 2001.

The foundation itself started in February 2003 with the Bureau Indication. The requests for care will first go to the Indication Counter, after which the proper care will be chosen in consultation with the client. On 9 September 2003, a similar project with the same objective as “Fuik” started in the restored building at Mamayaweg.

Both welfare projects contribute to the promotion of the 'Primary Health Care', with the use of few professionals who provide support where necessary and increase the joint self-care capacity of the population. In 2004, Neutral District Nursing is integrated in the home care services provided by Stichting Wit Gele Kruis voor Thuiszorg “Prinses Margriet” to her clients. 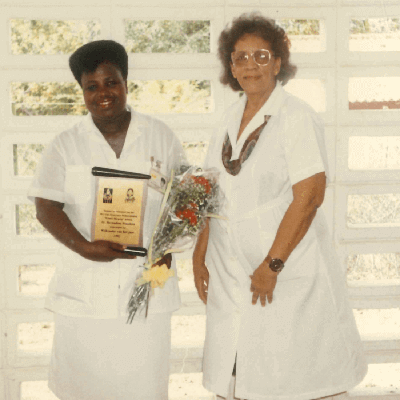 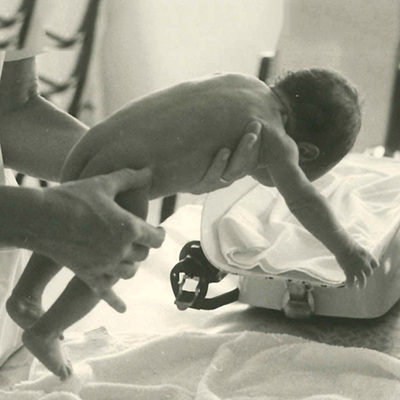 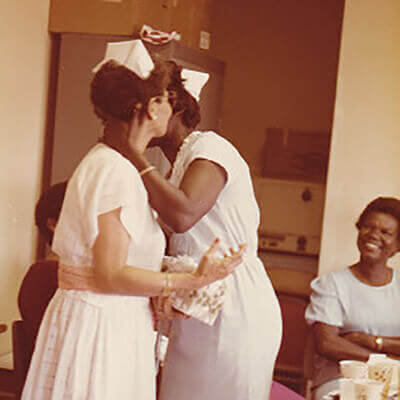 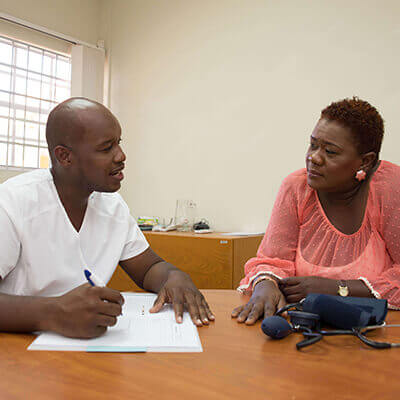 We are a home care provider with personality

Stichting van het Wit Gele Kruis voor Thuiszorg “Prinses Margriet” (Stichting WGK) is the largest organization that provides home care in Curaçao. Stichting WGK is the only ISO-certified home care organization on Curaçao and we consider it an important task to guarantee quality to our clients.

Our organization offers home care in the broadest sense including district nursing, family care, as well as care for infants and toddlers.

Mission - We offer health care, help or guidance at home to people who need professional support. In this way we contribute to their health and their quality of life.

Vision - We contribute to the health and quality of life of our customers. We consider health as a state of complete physical, mental and social well-being and not just as the absence of illness or other physical defects.